The Colonization of the Church

Jackson Anglican Mission > Blog > Culture > The Colonization of the Church 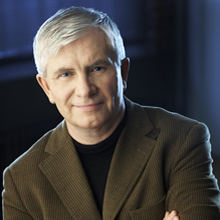 A year ago I ran across this lecture given at Fuller Seminary by Alan Roxburgh. I had never heard of him before but the title, Mapping Our Location, was intriguing so I watched. Roxburgh is a pastor and somewhat of a consultant but from the lecture you would think he was a professor in philosophy (you can read his bio here). He works with the Missional Network and written several books on “missional” ministry. The lecture is largely concerned with the state of the Church and, as he describes it, the colonization of foreign narratives to which she subscribes.

Drawing from some contemporary philosophers, Roxburgh employs the language of what we, in post-modern times, have heard a million times: narrative. Through a series of milestones in my own thought over the past year, this has come to make much more sense to me. Perhaps this lecture was the first landmark. Next came James K. A. Smith’s work in Desiring the Kingdom and more specifically Imagining the Kingdom. More recently Dr. C. Ben Mitchell and Dr. Justin Barnard from Union University gave a series of lectures at Christ Community Church where they, also, commented on our culture’s “imaginary.” The idea is that underlying all of our actions and decisions is narrative/story (Roxburgh), an idea of “the good life” (Smith), or imagination (Barnard). Roxburgh simply names these “stories” and suggests that the church has been colonized by them like a virus colonizes a host. The four colonizations he names are:

Here are a few quotes from the lecture. I recommend giving it a listen; it is a good challenge to the Church in North America. May Christ continue to lead his precious Bride with love, gentleness and in all wisdom.

…Alistair McIntyre uses the image of a stage to describe how we are formed. We are, says McIntyre, born onto a stage where the play is already in progress. The sets that are present on the stage interpret already and shape the script and indeed shape our actions. There is room for improvisation. We can, as actors on the stage, develop along with the script: it is not all given. But, we are shaped by the drama that is already is going on on the stage and being played out. We do not create our own stories from scratch. And so, Frank Sinatra did it his way because he was born onto a stage scripted to applaud loudest for those who did it their way.

“The stages onto which we are born, the narratives, the scripts that we have been given, shape how we read and interact with our worlds. I want to suggest that the stage onto which you and I are born is one that has gone through a massive redesign. Scenes and scripts have been written and rewritten before our very eyes. In some crucial ways the ways in which we believe, the convictions we have—that we believe we bring to the stage as Christians—have actually been displaced and replaced by other scripts and descriptions even without our knowing it. Another script, if you will, has come to control the ways in which we, as God’s people, act out our play upon the stage.”

“Thus, we believe we are shaped by the social imaginary of the Bible and by Evangelical doctrines. But in fact a different social imaginary is at work shaping how we act as individuals and how we function as churches. And a missional ecclesiology must respond to the actual social imaginary of churches, not what we state we believe. Without this, I don’t think there is much chance of the Gospel being able to address this culture.” “…The past—what we, since the eighteenth century, call ‘history’—was viewed as that point  which was the source of authority, inspiration, tradition, and truth…It used to be a map for shaping actions; it ceased to be that. The present became the all-important moment for understanding an action. Authority shifted from tradition to the inner self and the present moment. The present, as the real authority, is now pregnant with the potential to birth a radically new future. And so we now read our culture and the gospel and the church through this new lens. The present now becomes the defining moment; the past is old, bygone, not progressive. The words “past” and “history” tend to now be used pejoratively in the sense of bygone. Like the coating in the DNA, this framework instinctively relegates the past to that which provides little value unless it is shaping what we think the future needs to look like. Herein is the western conviction that it really is possible to start all over again with a clean sheet, a tabula rosa. This is the imagination that is driving a whole new church planting movement in Canada. We believe, at a very deep level, that we can walk away from history and start anew with an unsullied page to make a new future. That, I think, if I can say it humbly, is the very imagination of the American Constitution.”

“…the social imaginary of the Church is radically different from the descriptions that dominate our public discourse. Habermas uses the metaphor of colonization to suggest that we, who are the people of God, have in fact been taken over or colonized by other narratives, other stories. The language of colonization suggests that the language of the Church is more than a matter of tactics and adjustments. He is saying that parasites have entered our life world so deeply that they are in the process of destroying the host because parasites give substance and no life. They take over a body, which carries on for a time as if all is normal until crisis hits. And the Church’s milieu is not out there but is within and is largely unrecognized and unaddressed. But only in addressing our forms of colonization can the contours of a missional ecclesiology be discerned…”

Dec 19, 2013Leave a Comment on The Colonization of the ChurchCulture